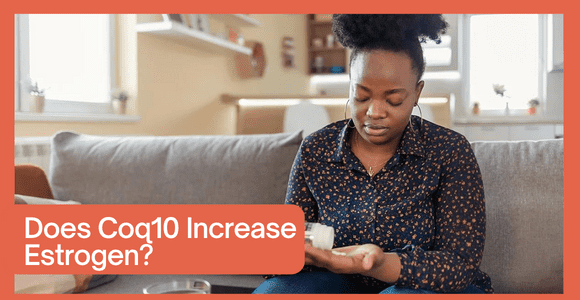 Ubiquinone, more commonly known as CoQ10, is an organic compound that the body produces naturally. It plays a critical role in energy production and can be located in high concentrations within the heart, liver, and kidney. Acting as an antioxidant it guards cells against free radicals which are detrimental molecules that cause harm to cellular structures.

This article will investigate the potential effect of CoQ10 supplements on estrogen levels in the body. The main inquiry is whether taking CoQ10 can heighten or lower a person’s estrogen level. Although it must be stated that there isn’t any substantial evidence to prove a direct relationship between these two, some studies have suggested an association between them.

What is CoQ10 and how does it work in the body?

Ubiquinone, or CoQ10, is a naturally-occurring compound that our bodies need to generate energy. Extensive amounts of this essential nutrient are found in the heart, liver, and kidneys. 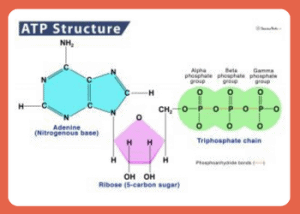 CoQ10 is fundamental in the synthesis of adenosine triphosphate (ATP), which is a critical source of energy for cells. Furthermore, it serves as an imperative antioxidant that preserves and safeguards cells from detrimental free radicals.

As we get older, our bodies naturally create fewer CoQ10 levels. Similarly, certain medical conditions and medications such as statins can further decrease CoQ10 production in the body.

Considering these factors, using a supplement to increase your CoQ10 intake has been touted as an efficient way of enhancing cardiovascular health, and improving symptoms associated with neurodegenerative diseases and cancer.

CoQ10 exists as capsules, tablets, and creams in addition to being found in trace amounts of fatty fish, organ meats, and whole grains – all readily available ingredients.

This article will delve into available scientific studies to ascertain the correlation between CoQ10 and estrogen levels. We’ll evaluate these study results, analyze potential mechanisms that might link them together, and then provide a conclusion based on our findings.

What is estrogen and how does it work in the body?

Estrogen is an essential hormone for proper reproductive and sexual development in both females and males. Females primarily produce estrogen from their ovaries, while the testes are responsible for creating it within males. Small amounts of this vital hormone can also be found in one’s adrenal glands as well as fat cells. 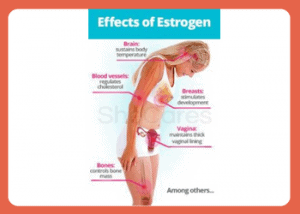 During the menstrual cycle, estrogen levels ebb and flow with an apex during ovulation. During this surge in estrogen, the ovaries release an egg, and should fertilization occur; these high levels of the hormone will maintain to nourish a pregnancy.

On the other hand, if fertilization does not take place then the endometrium is shed as estrogens drop causing menstruation.

Estrogen is essential for the development and maintenance of a healthy vaginal epithelium, allowing it to remain lubricated. Moreover, estrogen works to reduce the likelihood of urinary tract infections by keeping your urinary tract in optimal condition.

As both men and women age, their levels of estrogen will steadily drop as a result of menopause or andropause. As these hormones decrease, so do sexual functioning and fertility. Unfortunately, this can also lead to an elevation in the odds of diseases such as osteoporosis.

The current research on CoQ10 and Estrogen

Although the correlation between CoQ10 and estrogen levels is still unclear, there have been a few studies conducted on this topic with inconclusive findings. It remains to be seen whether taking supplemental CoQ10 can actually affect estrogen production in one’s body.

Recent research has indicated that CoQ10 supplements may be beneficial in regard to estrogen levels. In one study, rats who were administered the supplement experienced an uptick in their estrogen concentrations as well as a heightened bone density. 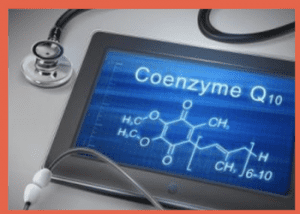 In a study of postmenopausal women, CoQ10 supplementation was linked to an increment in circulating estrogen levels and a reduction in FSH and LH hormone concentrations. These hormones are closely correlated with the menstrual cycle.

Numerous studies have sought to explain how CoQ10 could potentially influence estrogen levels. According to the findings, it appears that CoQ10 might alter certain enzymes associated with estrogen metabolism and genes connected with its formulation. Nevertheless, our comprehension of these mechanisms is still in its developmental stage; additional research must be conducted to further understand this relationship.

It’s imperative that we understand the full scope of the relationship between CoQ10 and estrogen before making any decisions about supplementing with either. While research is still limited, it does not offer a definitive answer as to whether or not taking CoQ10 will raise or lower your levels of estrogen. It would be wise for you to speak with your healthcare provider prior to adding any supplements into your routine, particularly if you are on hormone therapy or have an elevated risk factor for certain imbalances caused by hormones.

Results from our inquiry exploring the correlation between CoQ10 and estrogen levels have revealed:

It’s essential to remember that while certain studies have established a relationship between CoQ10 and estrogen levels, they have not proven causation. Thus it is vital to wait for more research before drawing any meaningful conclusions about this correlation.

When considering the use of CoQ10 supplements, it is essential to consider a person’s health status, current medications, and potential interactions with other compounds. However, although there are some promising research results about CoQ10 and estrogen levels existing today; a further exploration into this topic is required to have a clear understanding of these substances.

Research has long been conducted to uncover the many benefits associated with CoQ10 and its impact on a variety of health conditions, including heart disease and skin aging. Estrogen’s contribution to healthy skin is well known as it assists in keeping collagen levels steady and maintaining moisture balance. Further studies are indicating that when combined, these two elements may create a synergistic effect which could potentially increase elasticity while diminishing the appearance of wrinkles and fine lines for an improved complexion!