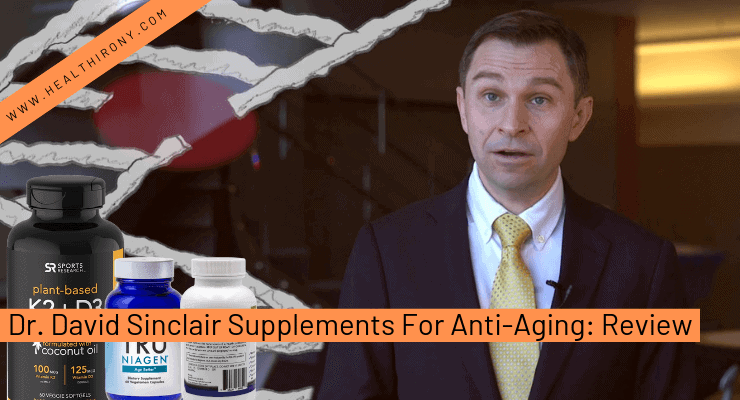 David Sinclair gained a lot of popularity with his recent appearance on the Joe Rogan Experience, especially as he discussed such a poignant topic as life extension.

But is anti-aging something we can consider?

Can we fight death?

Not exactly. We can fight the negative effects of aging; we can look younger, and feel better for longer periods of time. 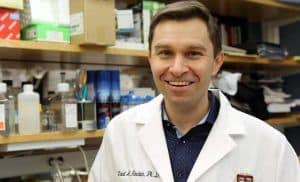 David is a Ph.D., A.O. professor in the Department of Genetics and co-Director of the Paul F. Glenn Center for the Biology of Aging at Harvard Medical School, David A. Sinclair is a pretty busy man, considering he’s also cofounded seven biotech companies, plus he’s the co-chief editor of the Journal Aging.

In the latest news, Sinclair, along with other European and US researchers have established the Academy for Health and Lifespan Research.

His antiaging research, his energy, and focus, plus his appearance could convince anyone that what he’s saying is legit.

However, remember to consult your GP before trying anything because all these products may interfere with pre-existing conditions.

RECOMMEDATION (Good For Daily Energy & Longevity)
There are only a Few Leaders in this Market Segment ( . & .). . is the ONLY Legal Distributor. Product is Tested for Safety & Efficiency.

In My Personal Experience & According to Countless Anecdotal Evidence – It Provides Energy and Vigor Throughout The Day & Scientifically Shown to Raise NAD Levels. Now. (.).

What is Dr. David Sinclair is Takin to Prevent Aging?

David Sinclair takes 1 gram of NMN and 0.5 g of resveratrol in the morning mixed in with yogurt; Studies showed that resveratrol absorption was 5 times lower if without fat. He doesn’t mention a specific brand David takes the products below. He does take the resveratrol leftover from clinical trials. He prescribed some of these molecules to his mom and dad too, and even his family dogs! 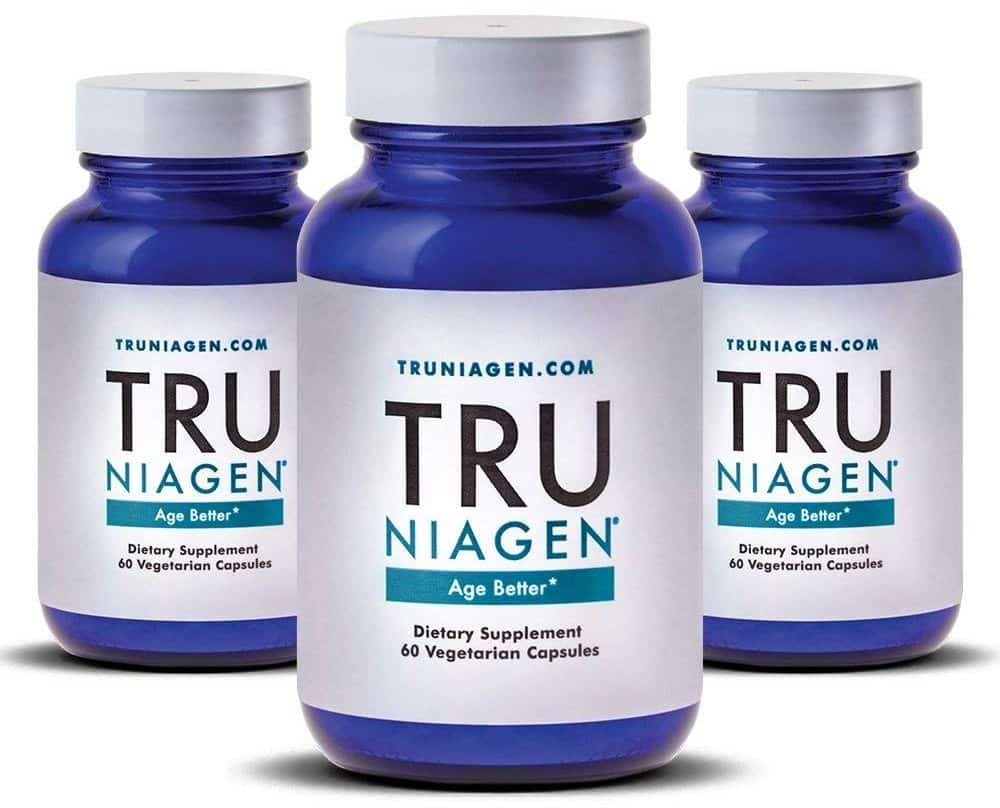 So not only do you feel more tired, your cells can’t function properly because they don’t have the energy they need.

That’s why David advocates supplementing with NMN to increase your NAD levels, even though there’s no scientific consensus on this either. 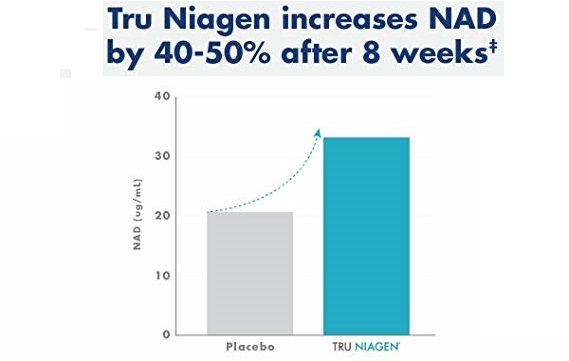 David mixes his NMN into yogurt, so you need to find a powdered version.

Alive By Nature NMN Sublingual Powder is one of the best NMN powders on the market. It’s 100% natural and vegan, with over 99% purity, no GMOs, and no gluten.

It works better if you place it under your tongue, though. The belief is that way the NMN can enter your bloodstream immediately, bypassing the liver, although this approach isn’t fully researched yet.

The only downside is that quality NMN like this one is quite expensive, especially if you want to take 1g/ daily like Dr. Sinclair. 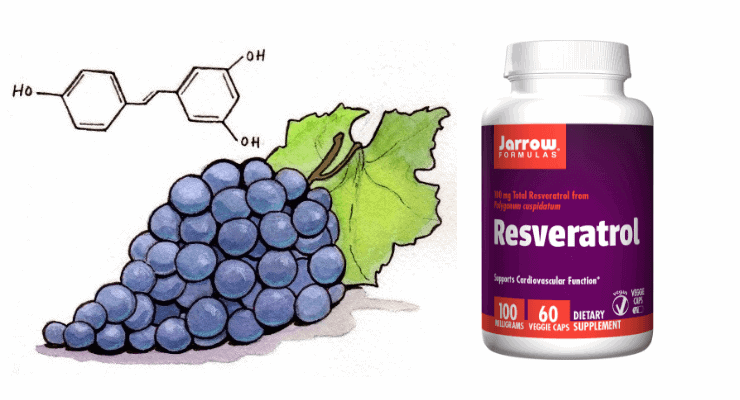 Remember how everyone used to be hyped about red wine? That’s because of all the resveratrol found in the grape peel.

It was assumed that because grapes have this anti-aging substance in their peel, you can drink red wine and you’ll live a longer, healthier life.

Now we know that’s not the case because you’d have to drink hundreds of bottles of wine per day for resveratrol to work.

That’s how concentrated resveratrol supplements emerged. That is controversial, but we’ll discuss that below. 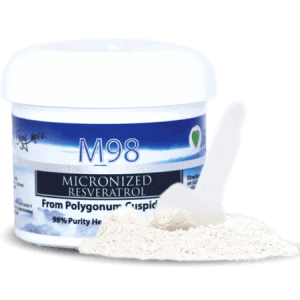 It’s important to note he has been taking resveratrol for over a decade. One of the perks of being a scientist is having all that extra resveratrol from the time of lab experiments.

We, the plebe, have to look on Amazon. To make sure you get a product that’s similar to what he is using, you can read a paper published by one of his companies, Sirtris Pharmaceuticals, which was testing micronized resveratrol.

As per these podcasts notes at Rich Roll, he recommends RevGenetics M98 Micronized Resveratrol. This is a legit company that has been selling resveratrol supplements since the early 2000s.

This product is micronized, so the molecules last longer in your bloodstream.

The powder form is user-friendly, as you can mix it with your shakes or yogurt.

With a 98% purity and high potency, the only downside of this supplement is how much it costs.

Vitamins D3 and K2 are both involved in proper calcium absorption in your body. That way, calcium can go straight to your bones instead of blocking your arteries.

Sports Research Vitamin K2 + D3 with Organic Coconut Oil is one of the best choices that I discovered. 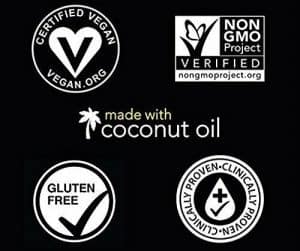 These concentrations mean that each capsule is very potent and efficient.

Keep in mind that the DRA for vitamin D3 is 600-800 iu per day, but vitamin D3 is easily excreted through the urine, so you need a bigger supplementation.

Even so, consult your GP before taking a D3 supplement, especially if you have pre-existing conditions.

That said, this supplement:

The only con is possible bloating, but that’s just the effect of D3. This supplement from Sports Research causes fewer GI problems than other D3 supplements on the market. 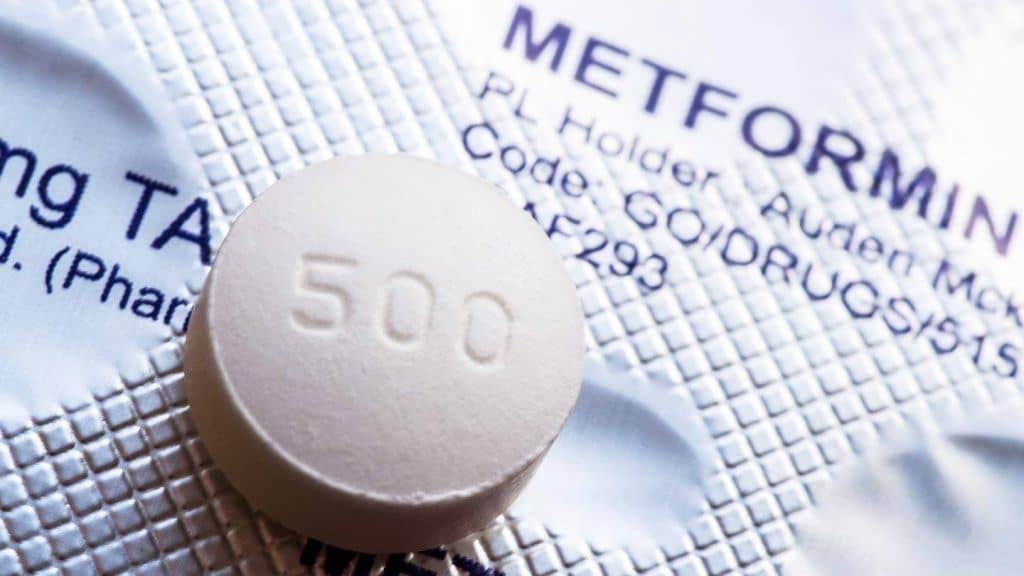 Metformin is not a new appearance in the pharmaceutical market. Medical practitioners have known about metformin for a century, and they began studying it in the 1950s.

A plant-based drug, metformin is extracted from French Lilac, and it’s used in managing diabetes, considering it can decrease blood glucose.

Considering that metformin has all the advantages, and none of the risks, it’s no wonder that it looks appealing to fight ageing.

All the other anti-aging products are nowhere near this tested and with so much patient-related data.

Metformin is involved in the AMPK cellular pathway activation, which leads to:

Metformin can improve your metabolism, keep your cells healthy, and eliminate the unhealthy ones.

However, metformin is a prescription drug, and most doctors prescribe it only for type 2 diabetes, not for general health and longevity.

Dr Peter Attia write on metformin and exercise. Really interesting.  Do not take it the same day / time as your exercise!!! 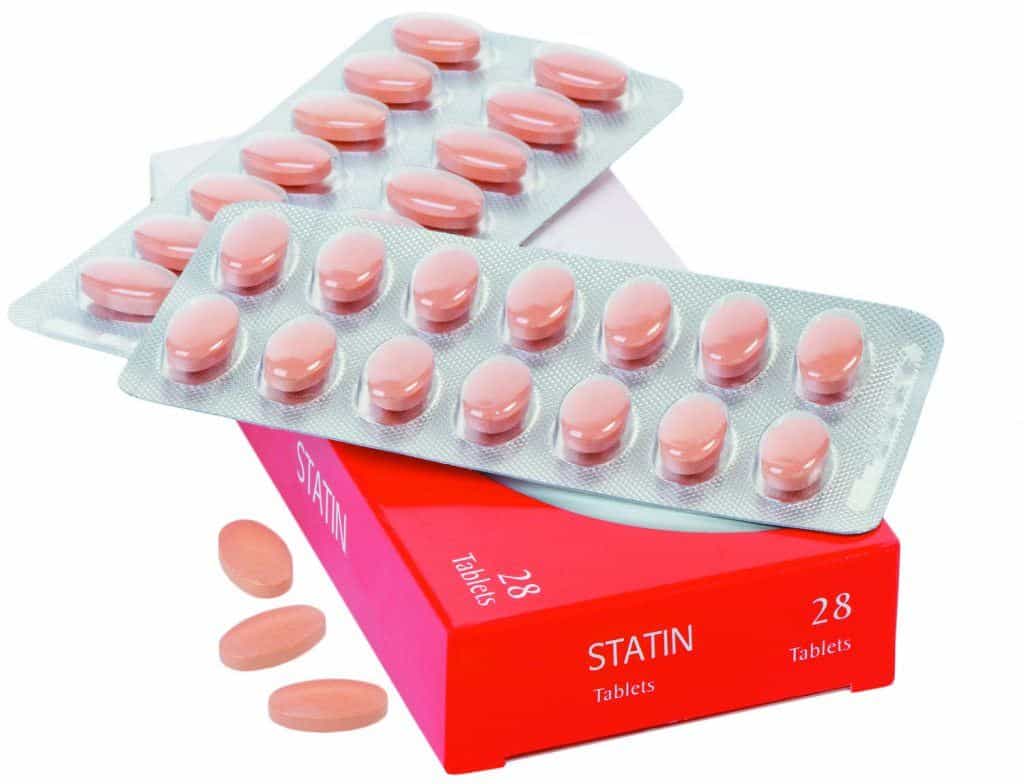 In a podcast with Joe Rogan, he says he’s been taking statin since his twenties because he has high cholesterol in his family.

Statins are prescription drugs that:

These side effects are more common for over 65-year-old females and people with diabetes.

What is the NMN Supplements’ Benefits and Dosage?

He explains that diseases and age-related deterioration are caused by certain genes, called sirtuins.

NMN (nicotinamide mononucleotide) is a type of molecule that activates sirtuins, meaning NMN supplements can prevent disease, give you more energy, and reduce the negative effect of aging. 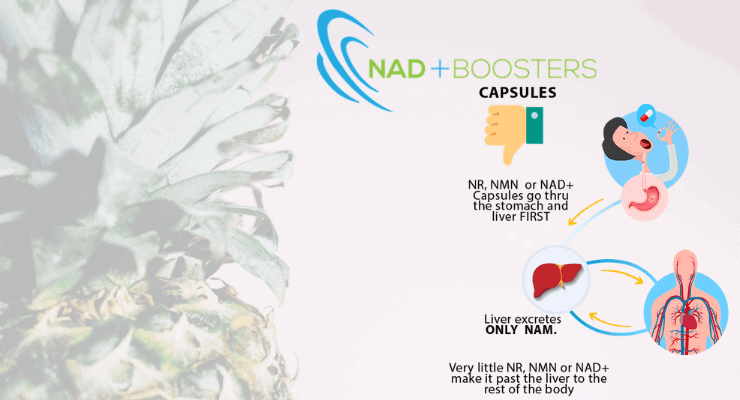 NAD, aka nicotinamide adenine dinucleotide, is a coenzyme that assists your metabolism, so your cells have more energy to function and to fight diseases.

People can’t take NAD directly because it’s a larger molecule that can’t be metabolized easily. NMN is smaller, so it’s easier to absorb.

David has been taking 1g of NMN/ day for the last three years.

Studies show that the risk-free dose is 1-2g/ day. Some side-effects can include mild GI distress, tiredness, and light headaches.

What is David Doing Himself To Prevent Aging?

Apart from taking all of the products mentioned above, David does intermittent fasting. He mentions both on his blog and in his book called Lifespan: Why We Age—and Why We Don’t Have To that you can live longer if you don’t overeat.

He believes that old age is a disease that can be treated through nutrition. Intermittent fasting and calorie restriction improve your metabolism. 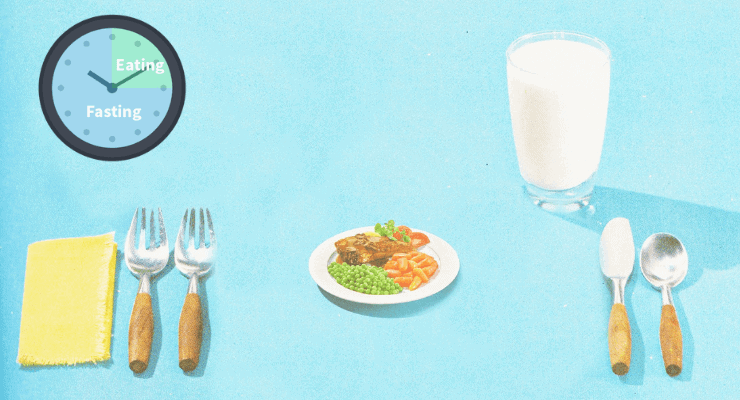 As such, your cells have more energy to keep the healthy ones alive and to kill the unhealthy ones. Accelerated metabolism also reduces inflammation and oxidative stress, which have been linked to chronic diseases.

David recommends using sauna and cold baths together, to accelerate your metabolism and improve heart function.

While David generally tries to get all the vitamins and minerals he needs from his diet, he does still take some supplements daily. Specifically, he’s talked about taking:

In David’s book ‘Lifespan’, he mentions taking vitamin D3 daily. Vitamin D is a vital micronutrient and is thought to exercise an important effect on at least 200 of our genes. It’s relatively scarce in foods, and so we rely on sunlight for producing adequate quantities. If you’re not getting much sunlight, then it can be necessary to supplement it.

David doesn’t name on the record what brand he uses, or how much he is taking, he discusses in the podcast with famous Dave Asprey that he needs 2,000iu per day at the minimum.

Vitamin K is a crucial micronutrient that performs a vital role in the capacity to form blood clots and to move calcium throughout the body. It comes in two various forms, K1 (phylloquinone) and K2 (menaquinone). K1 is the most plentiful in a western diet, found in leafy green vegetables. Vitamin K2  is located in fermented foods, which are less prevalent in a western diet. A source that’s unusually high in K2 is fermented soya beans.

Sadly, many people are low in K1, and hence may have low levels of K1 to maintain sufficient calcium transport

So where does the vitamin K2 supplementation come in?

Vitamin K1 is used in the liver, K2 appears to be prioritized for use in the periphery, which will support calcium transport.

David suggests taking alpha-lipoic acid. Not to be confused with alpha-linolenic acid – that is a source of omega-3 fatty acids, frequently found in seeds. Alpha-lipoic acid is found naturally in a specific food, and when ingested, is used in the cells as a cofactor in mitochondrial energy metabolism.

David states in the interview with David Asprey that he gets Coenzyme Q10 due to the fact that he is taking statins. He doesn’t explain why he takes  Q10, but he’s likely referring to a study that proposes that statins may decrease coenzyme Q10 levels in the blood. He just states that he gets a large pill daily. Q10 supplements are generally taken in the 100 to 200mg range.

David’s diet is shaped after his caloric restriction principle. He also avoids foods that impact metabolism and affect the glycemic index.

What is NAD+ and Why is it Important?

As we’ve mentioned before, NAD is a helper molecule that fuels some of the most important biological processes in your body, like:

That’s why taking NAD precursor supplements like those manufactured by Metro Biotech can help you age gracefully.

What Does Resveratrol Do to Your Body?

In the words of David, “resveratrol steps on the accelerator pedal of the sirtuin enzymes.”

In the same JRE podcast cited above, David explains that there are plenty of mice studies that show resveratrol improves their health / longevity and lengthens their lifespan.

David says that you need NMN for resveratrol to work because NMN is the fuel that sirtuins need. You can’t “accelerate” sirtuins if they don’t have enough energy to work.

Does Resveratrol Really Work? Is it Safe?

Yes, the medical consensus is that resveratrol is safe.

However, there’s no consensus on whether or not it works.

In 2006, he co-wrote a paper on the benefits of resveratrol.

Other studies emphasize certain concerns around resveratrol’s efficacy, such as:

The research on most of the products that David takes lacks consensus.

Some might even be dangerous for people with certain pre-existing medical conditions (like kidney failure or diabetes), while others can’t be mixed with certain foods (statins and grapefruit). 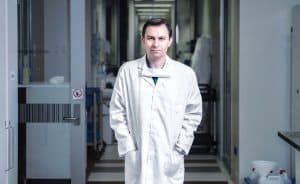 You should always consult your GP before taking any supplements to find the right dose for your needs.

That said, it’s obvious that David Sinclair believes in these supplements.

His mother, Diana Sinclair, has lengthened her life with two decades by taking the molecules he prescribed, after removing one lung to fight cancer.

His father also takes these molecules, and he’s active and fit as a fiddle at 80.

So do these supplements work? They may, but they need to be tailored to your needs by a medical practitioner.